A few years ago, while working on software build tooling, I needed to work out what was the optimal setting for parallelising make/compile instructions.

Using some 64-core AWS machines I plotted what happened for building some large projects using different settings for MAKEFLAGS -j. The results were interesting, for example:

For machines with up to 8 cores, I concluded that it makes sense to set

Once we're beyond 8-10 cores, though, the law of diminishing returns set in, so it seemed (and still seems) to me that we'd be better off using the extra cores for other work.

For the the general case, I'm told I should have also looked at memory bandwidth and number of independent memory channels, so ymmv.

Tools vs Processes and People (again)

It's a year since I wrote the "People vs Processes and Tools" article. Apart from being busy with other things, the main reason I don't write very much here is that my criteria for a post are:

People vs Processes and Tools

I recently attended a demo of a software tool for requirements management. After a few minutes showing the menus and screens, the demo became a presentation of a slide deck about the software.

It turned out that the engineer demonstrating the tool does not use it himself. His weapon of …

Who can we trust for software? 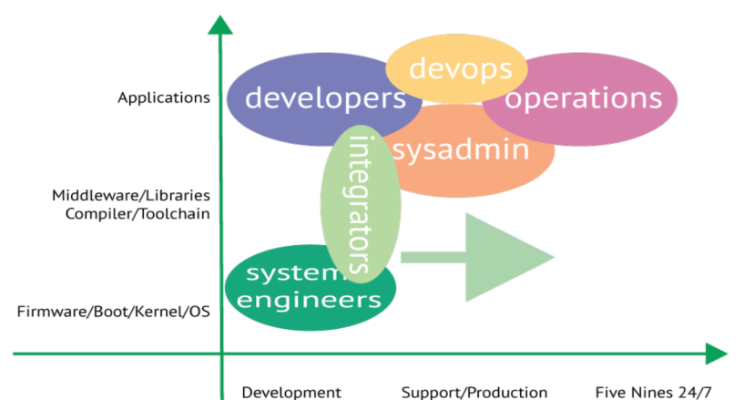 TL; DR We need to figure out how to guarantee that software can be trusted

In the over-simple graphic above, I've tried to map some of the key technical roles being performed in the delivery and maintenance of complex systems and services. I'm struggling to work out who precisely sits … 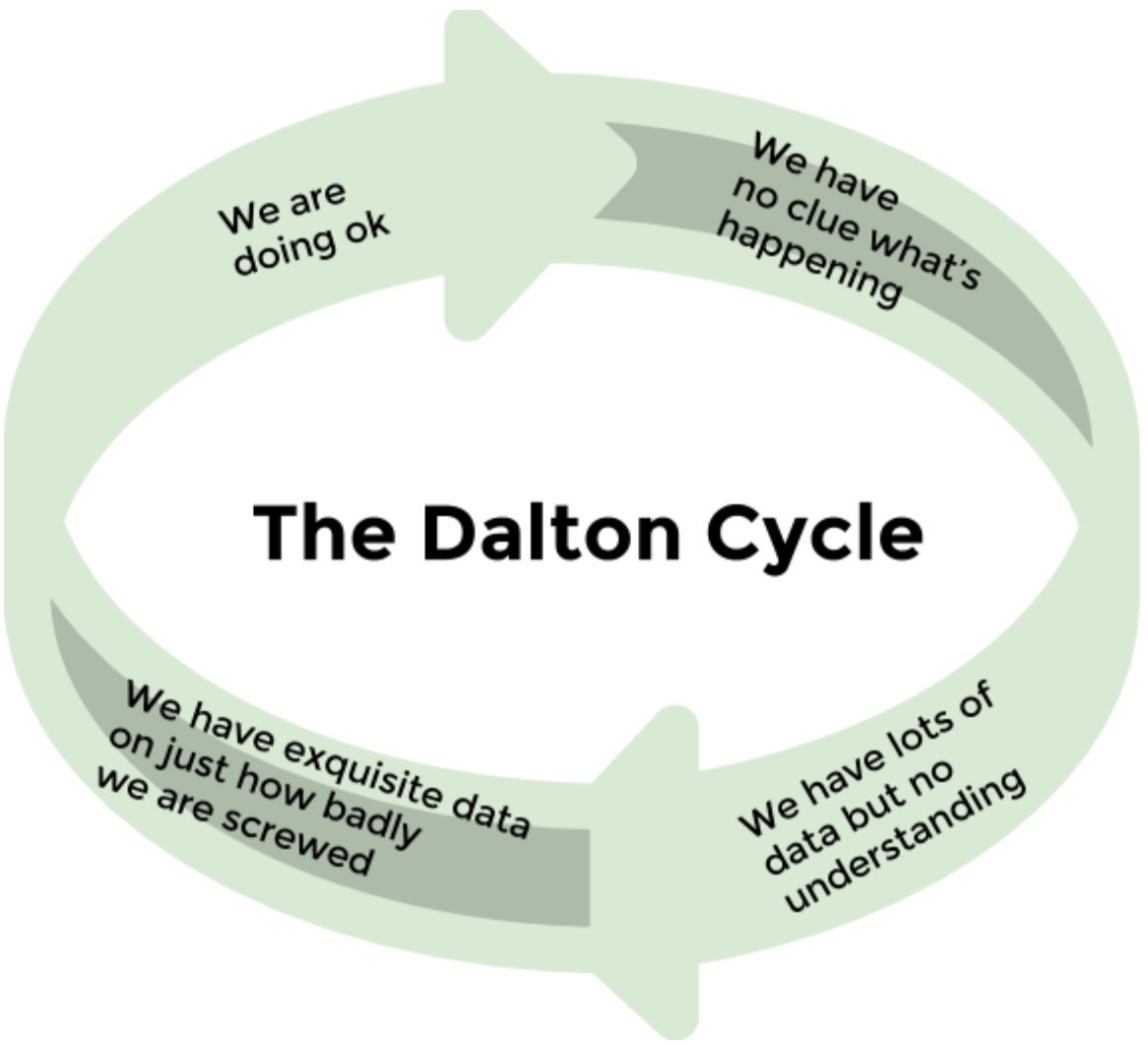 "I go off on this tangent to raise the whole bucket of pain involved in building a trustworthy system like this. Not that we necessarily want to try to build a 100% trustworthy …

For a whole load of reasons I think we need to get to trustable software, and would appreciate comments and suggestions, preferably on the mailing list, which is public.

Note, I'm not "marketing" or "selling" anything here. The aim is to trigger interest in a cross-industry set of grown-up engineers …

Are we there yet?

Many large projects are late. Most of the time the the actual journey turns out to be much harder and much longer than it looked when we started out.

From a management perspective we are constantly looking for validation that we're hitting the plan, whether it's traditional milestones and deliverables …

"It ain't what you don't know that gets you into trouble. It's what you know for sure that just ain't so." [Mark Twain]

If you've been in involved in large-scale software projects over the last few decades you've probably learned the hard way that upgrading the platform (operating system, libraries …

For 2016 I've decided it's time I take my public communications seriously.

Perhaps some of my customers and colleagues realize that my previous attempts at wit are born from decades of struggle on difficult software projects.

But most of the internet has no idea who I am, and my previous …

Why Should GENIVI Members Contribute, Again?

GENIVI Members need to make attractive, useful software to run reliably in cars for a long time. The amount of software needed is increasing faster than our capacity to bring in extra engineers, and our ability to increase the productivity of the engineers already engaged. Given the economics, automotive organizations …

I've had a stormy relationship with the automotive industry - love-hate doesn't begin to cover it.

It's not that I'm a car guy - I can barely manage an oil change. But cars these days contain a staggering amount of software. And in spite of what some may say, I am a …

In my experience many organisations experience systemic difficulties in getting work 'done' to an acceptable standard. The Scrum solution for this is 'agreed definition of done', which typically leads to a checklist eg

Refactoring is an anti-pattern

I thought I'd written more than enough words on refactoring already, but maybe I was too cryptic.

Let's start by noting that most of the folks who claim that they are 'refactoring' don't actually know what it means.

What does "BSP" stand for?

During a late-night drinking session technical discussion this week there was confusion about the meaning of "BSP" for Linux and Android.

Some folks think BSP stands for "Board Support Package".

But, as with SCRUM, the popular view is wrong.

Lines Of Code is an awful way to measure software - but look at the pretty picture...

OK, I admit it - some of the Agile thinking did influence the recent Software Commandments 2.0 update.

Daily standups - fine if you are all in the same room, and you stick to the rules …

Over the years I've worked with many amazing people, but from time to time I've also had to deal with some complete assholes unpleasantness.

Frankly it's amazing at how downright dishonest, manipulative and plain stupid some folks can be.

Actually plain stupid applies to me too.

I predict the future of embedded Linux

I've been reading the excellent Future Babble by Dan Gardner.

Perhaps unsurprisingly, it confirms that we're all wired as complete idiots when it comes to looking into the future.

The science shows that the more confidently someone makes a prediction, the more likely they're talking utter balls. But sadly, it …

I believe in aeroplanes

How can you be sure that something is true?

Actually it is surprisingly difficult... Do I mean true as in fact or true as in 'I believe this'? Maybe we're in the matrix, and everything is a simulation... maybe the people you trust are lying.. or maybe they're just wrong …

After a typically ignored secretive softlaunch, I'm finally taking the wraps off devcurmudgeon. The idea is to be funny, incisive... and maybe change the world one hacker software developer at a time. But I'm not optimistic. This project may fail, like so many others :-)

Mostly I expect to be ranting …

I confess, I get a lot of my worldview from The Register... saves me coming up with my own jokes.

Anyway, was a little disappointed watching this...

My briefcase is older than you

I recently demonstrated my desperation gravitas to a roomful of undergraduates with the immortal line "My briefcase is older than you." Disappointingly they continued fiddling with their gadgets.

Even my rollercoaster antics with Prezi failed to amuse...

But the exercise was not entirely a waste of time.

Maybe I'm alone on this one ... but aren't Open Source and Agile pretty much directly opposed?

Agile = 5-9 people in a team, locked up together, everything thrashed out in face-to-face conversations, daily standups, timeboxed iterative deliveries.

Open Source = no fixed team size, distributed around the world, everything thrashed out via …

I used to be in a band, when I still had enough hair for a stupid haircut.

We had real instruments. None of this electronic bleepy noises nonsense. We used to lug huge amplifiers everywhere, because the guitars always had to be loud enough to shake the building.

I need to get with the program. All these years working on secret projects with someone else's name on the mastheads have created an obvious problem - nobody knows who the hex I am.

There's an obvious solution too.

Why don't I just take my old spaghetti code - all …

Refactor as much as you want, it will still smell of you.

Previously I asked "Does Apple use Scrum?"...

An ex underling just slipped me the recipe for Apple's secret sauce....

Wanna hear? Of course you do... you too could make gazillions... but you've got to promise not to tell anybody else.

So this post is just a place-holder for me to launch my new methodology - SCRUM.

I'd hate to have some fan copy my ideas (again) and find myself unable to prove categorically that I thought it first, so here goes...

Google tells me (so it must be true) that no-one …

I've been wading through the literature on Scrum/Agile/Lean/Kanban/Hokey-kokey for months now, and I'm still no nearer to making sense of it...

How on earth can folks seriously believe that the whole commercial world should turn itself upside down so programmers can have an easy life?

On time and on budget - yeah right!

Developing complex software well is actually very difficult to do.

Seems to me it requires intelligence way above average, combined with enough pig-headedness to refuse to be defeated by dumb chips and other people's code spitting random error codes at you - often for hours or days at a time.

My first brush with programming was on the Sinclair Cambridge Programmable Calculator. A mathematics teacher got me hooked - if I remember well he was later knocked down and killed by a milk float.

Later I messed about on the ZX80, ZX81, ZX Spectrum, and Sinclair QL while sailing gracelessly through …

After years of advising folks NOT to blog, tweet or display their backsides innermost secrets on facebook, here I am poised to break my own rules. No doubt I'll come to regret it later, but really, I need to vent.

Later posts will explain why...